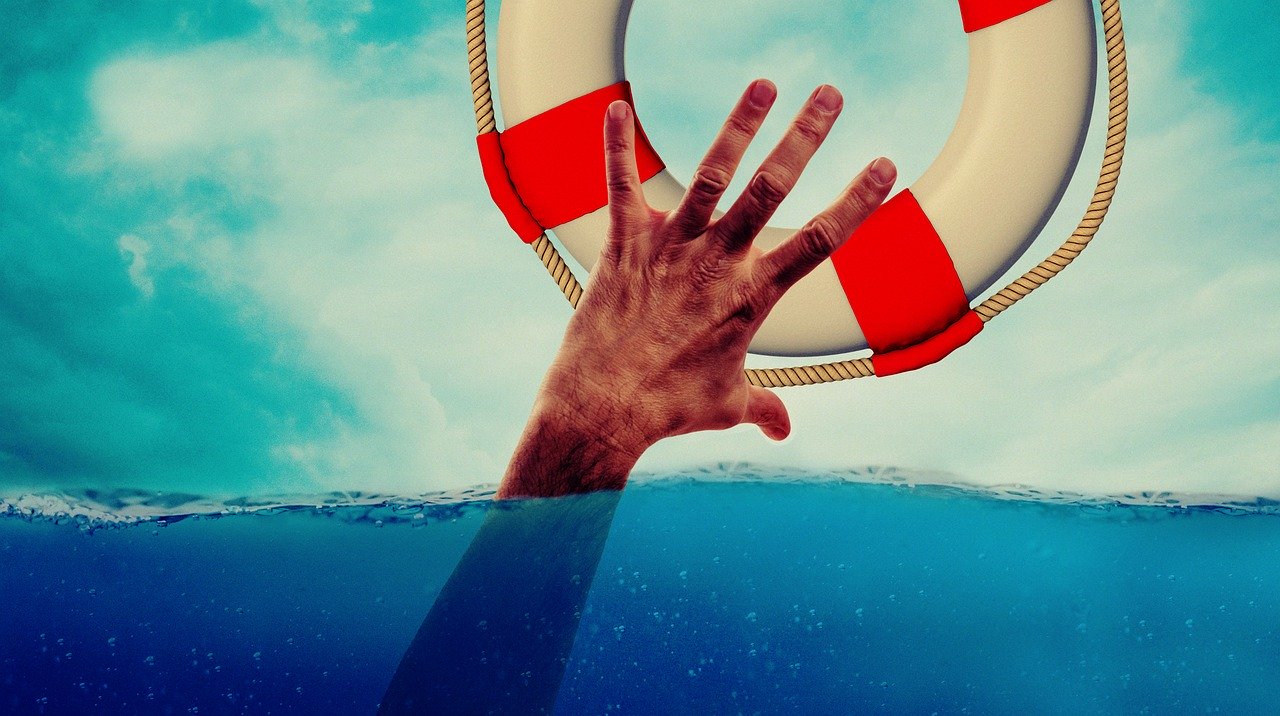 He is a super-talented teacher, with a gift for liking people and being liked by them. He also has trouble saying No.

I’ve been coaching with Steve recently about a woman who is DEFINITELY not the Ideal Client for his advanced class, however she really wants to join it.

He tried (very nicely) to redirect her into another class, without giving her a firm No. That didn’t work – she still wants to join the advanced class.

Two weeks later, he has been unable to set up their initial private Zoom call and she doesn’t respond to his specific class-related questions.

He’s ready to tell her No, but isn’t 100% sure how to actually say that in an email.

It does to me!

Steve is a rescuer. He helps people in need, and finds it VERY HARD to not help them.

That was me too, for the first 40 years of my life. Give me someone in distress and I’d immediately jump into my lifeboat, sail over to them, and toss them a life jacket!

In my personal relationships, I usually started out as the rescuer – helping my partner/friend/family member feel better about themselves, usually by affirming that THEY are right and other people are WRONG.

After expending lots of energy propping up partner/friend/family member, I’d feel like MY needs weren’t being met. Or I’d be upset that they weren’t taking the actions we’d discussed. Then I’d be resentful of them.

The “rescuer” is a key role in what’s called “The Drama Triangle”.

There are 3 positions in The Drama Triangle:

1. The Victim. Woe is me! You don’t have to be the victim of a crime to fit this role. If you often feel like someone else (or something bigger than yourself) has control over aspects of your life, you may feel like the “victim”. “They” have control, you don’t. You have to respond to them.

2. The Rescuer. Here I come, to save the day! Is this a familiar situation? When you sense a “victim” around you – someone who “needs” help yet can’t seem to take care of the situation – you immediately respond. You may find it impossible to NOT respond.

3. The Judge (or the Persecutor). It’s not my problem – YOU’RE the problem! After endless hours with the victim, where you’ve sympathized with them AND come up with solutions, you end up feeling frustrated and resentful. In this role, you judge the victim (and maybe the rescuer if it’s not you) as being incapable, incompetent, unworthy, or somehow “less than”. The Judge dispenses shame and judgment on others.

The most startling concept about The Drama Triangle: once you step into the drama triangle, you will ultimately occupy ALL the positions. You start in one position (often Victim or Rescuer) AND you’ll move to the next position and ultimately to the third.

That gave me some new (and challenging to absorb!) insights into my pattern:

That’s an example of my round trip through all 3 positions!

After participating in all 3 positions of the drama triangle for many years, with my parents, my sister and my ex-husband, I have finally stepped out. And I’m committed to helping my clients step out.

I asked Steve: if he could say exactly what he wanted to say to this non-Ideal Client, what would that be?

“I don’t think you and I mesh, and I think if you took this program it’d be a waste of your money.”

That is the simple, clear truth. And it’s ultimately kinder than allowing her to join a program that won’t serve her. So that became the basis for the email he sent her.

Being a rescuer, being a Yes person, has its benefits. People like you and are happy with your choices (of course!). So no one is ever upset with you.

But you pay the price.

When you say Yes when you mean No, you’re denying your inner guidance.

You’ll expend YOUR time, energy, emotion and/or money in the service of people and causes you don’t want to support.

You end up resenting the other person for the demands they’re making.

It’s a process (not a one-time event) to be able to say No when you want to.

It requires something that can be very challenging to do on your own: strengthening your sense of your own value and worth. This is exactly what I help my clients with (along with practical business-building skills too).

Wondering whether you are a rescuer? Find out by taking my quiz!

You’ll learn what belief is holding back your success, and how that belief affects your business actions. http://marcystahl.com/quiz/

What Belief Is Blocking Your Success (+Your Confidence & Income!?)